COUNSELLING
FOR
​LIVERPOOL ©
​A RANGE OF PSYCHOTHERAPY

Trauma is a Greek word for 'wound'. Trauma is the effect from any experience that you have been involved in, either directly or indirectly that you have been witness to. So, if you are involved in a trauma, you actually have a form of 'wound' within your brain - as trauma impacts the brain - what's in the brain is also in the body and vice versa. Trauma is not the things that happened to you but the imprint/wounds they have caused.

The good news is wounds
heal, but sometimes they just some more attention to help them heal, just as any other wound might need some attention from a nurse or Dr.

We can think of trauma as a piece of glass that has been dropped - it breaks into pieces or 'parts'. The parts of glass are fragmented from each other, and the space between the glass is the trauma. These parts of glass can hold different memories, so sometimes we might not be able to remember all the details of an event or time, memory may seem vague, or we just remember a couple of things..  Trauma therapies allow the reintegration of the pieces of glass so that trauma is healed. Note: that not all therapies are designed to heal 'trauma', and some can do more harm or bury

​Because talking therapy or CBT is usually not enough to heal, different styles of therapy are required to reach the areas of the brain where the trauma resides. Normal talk therapies such as 'solution focused therapy' and cbt do not target the where the trauma is in the brain, and talking therapy alone has shown to be largely ineffective at the treating trauma, and can actually further embed the trauma or bury it further into your system..

Unprocessed difficulties, and traumas may re-occur or be 'triggered' if they have not been dealt with. Trauma is so deep rooted within the neurological network of the brain & body that we need to work at this level to help 'process the unprocessed'.

Trauma in the therapy world is said to be a 'normal response to an abnormal experience'.

Any event that is, or is perceived to as distressing, or life-threatening is traumatic. Trauma will affect you emotionally, behaviourally, mentally, and physically. In fact, it always affects you physically because the trauma resides in close to the 'fight/flight' area in the brain. 'Not feeling', 'feeling empty', or 'numb' are also physical feelings.

Traumatic experience often leaves people highly 'attuned' or on 'hyper alert' to further stresses or threats in the future, this is a way of protecting you from further harm. This could even be being 'highly tuned' into others, and sensing another's inner world at a felt sense. The most traumatised people can be the most sensitive to atmosphere and other people's energy.

If you are experiencing the effects of trauma you may be feeling more 'jumpy', or overly worried that the event will happen again, anger is very common too.. You may not actually be aware you are suffering from 'trauma, C-PTSD or PTSD' because for so long you have 'just got on with it'.

Trauma may be more general, than specific to a 'one-off' event. You may have suffered constantly over a period of time, which has created a 'trauma network', this may be known as C-PTSD. Trauma can lie dormant and unresolved just like a virus, BSP, EMDR, & EMI therapies target the trauma to process the 'unprocessed'. Brainspotting, IFS, and some EMDR techniques are really useful for people who find it too traumatic or difficult to talk about what has brought them into therapy. Another way to think about these therapies is that - they 'do something about it' rather than just talk about it.

Signs of trauma - C-PTSD - PTSD may include:

PTS may seem more intense in its' presentation than trauma. Original trauma/s could stem as far back as in childhood. A trauma can be vague or fragmented, while other parts of the memory may be more pronounced.

Trauma not only affects the conscious brain, it also rewires your unconscious and subconscious brain to be more sensitive to threats in the future. So, anything in the present that can be associated with the original trauma, can bring back memories, emotions, physical sensations, and behavioural responses.

Therapies that I most commonly use are:
​
EMI & BSP treatments are like hybrids of Eye Movement Desensitisation Emotional Reprocessing (EMDR)

These therapies use eye movements, and eye positions as a way of treating the psychological, emotional & physical impacts of trauma quickly and effectively.

They are particularly successful as a Post Traumatic Stress treatment. EMDR, EMI, & BSP are the most powerful form of therapies I have come across in treating the impact of distressing events. Results can be felt after just one session of each treatment, although more sessions are usually required to make a full recovery.

EMDR, EMI & BSP are based on how the brain and nervous system is wired, so they are different from some other forms of more traditional 'talking therapies'. BSP, EMDR, & EMI  work with the body and brain, they work with the mind body connection to integrate traumatic experience so it sits more comfortable rather than overwhelming you.

Recent research has shown that the brain has a profound ability to heal itself - just like a wound would heal, this phenomenon is called 'neuroplasticity'.

Even deeper parts of the brain held the 'midbrain' have recently been found to be able to form new neurotransmitters (the connectors in your brain). The eyes Optic Nerve connects to the 'midbrain' which is deep within the brain, and this is partly why the eye movements/positions can be so powerful - they take a direct route into where the trauma is.

The midbrain manages your most unconscious senses, it just 'does' without you needing to even think about it. I.e you just: feel, see, hear without thought. Your consciousness is aware second. Your midbrain is a very primitive but powerful part of your brain/body/mind - it is the part of you that helps regulate your whole being alive!

BSP is great therapy for those who find it too traumatic to talk, feel stressed, burnt out, or don't want to talk about what has happened, this is because the 'content' or the 'words' are not what is treated.

We get around cognitive functioning (thinking) and get directly into the Limbic System (so that your brain to learn to re-regulate your nervous system). In turn if you feel better you will think better.

IQ has shown to decrease as anxiety increases, therefore as anxiety decreases IQ can increase.

In BSP, EMDR, & EMI we are not only working with the memory, but we also work with the physical imprint the trauma has left in your brain and body. Trauma creates fragmented, and lost memories - a bit like if a computer breaks - your work is somewhere but it cannot be accessed. EMI and BSP help to rewire your brain by exercising it in the right way, this is why sometime old memories reoccur during these therapies. A good way of thinking about these therapies is a kind of physiotherapy for your brain, and just like physiotherapy, sometimes you may feel a little worse the days after a treatment.

I have successfully used BSP, EMDR, & EMI to help people who have been involved in 'traumatic experience' such as:

EMI & BSP are not the same as EMDR (Eye Movement Desensitisation and Reprocessing) but may have a similar outcome to EMDR. Having experienced all three therapies, I can make an informed decision which may best suit you.

I have completed specialist training in EMI therapy and trauma - with thanks to Dr. Eva Pollani an Austrian Psychotherapist, who is the only licensed and accredited EMI Teacher and Supervisor in Europe. I have also completed BSP Phase 1, 2, 3 & Masterclass with thanks to Dr. Mark Grixti (Clinical Psychologist), Dr Roby Ayles BSP founder Dr. David Grand, I have also completed certified training in EMDR with Dr. Derek Farrell EMDR Europe Accredited Trainer. 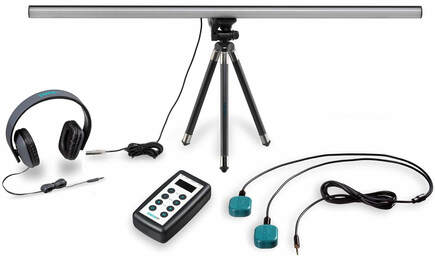 Even is you are based outside of Liverpool or the UK, I can provide Online Trauma Therapy